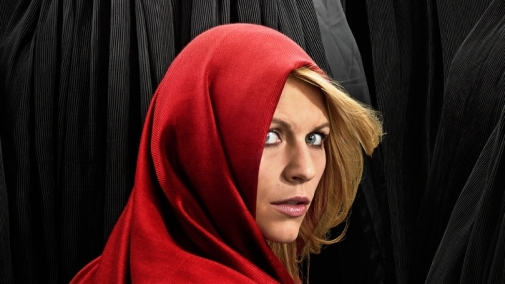 I should begin by stating how I felt about the first three seasons of “Homeland”. The first season was fantastic, and having watched all three seasons on Netflix (in a very short space of time) I would say that it is the best season of an extremely binge-worthy show.

Each scene keeps you on the edge of your seat and you are constantly guessing what will happen next, only to find that something you thought was black-and-white is actually an uncomfortable shade of grey. Is Brody (Damian Lewis) really a terrorist? Does Carrie (Claire Danes) really have feelings for him? Will Carrie catch Brody doing something awful on her hidden cameras? What will happen between Mike (Diego Klattenhoff) and Brody? All these questions are constantly at the forefront of your mind and you constantly second guess yourself, as each uncertain moment leads towards an extremely tense finale. The finale itself is very satisfying, and it is as eventful as you could wish for it to be; you finally find out exactly what kind of man Brody really is and Carrie ALMOST does the same.

Season two is sadly not as well designed as its predecessor, as Brody is no longer the source of as much intrigue as he was when “Homeland” began, and the story just can’t live up to the standard that the first season set. However, it is still a great season of television and I thoroughly enjoyed it. The fact that Carrie’s life was left up in the air at the end of season one, and the fact that Abu Nazir (Navid Negahban) is still at large, means that this season still has a lot of storytelling left to do and a lot of exciting new avenues to explore. Plus, Brody is still a free man, and even though we know that he was turned during his captivity, the CIA are blissfully unaware. As Brody is finally revealed as the man that the audience has known him to be for quite some time, you can’t help but feel sorry for him, and you feel a genuine sense of uncertainty as he is finally naked in front of the US Government.

This season comes into its own as Brody desperately tries to hang on to his freedom despite being a double agent, and as he attempts to rebuild his life as a US Senator, whilst also trying to quell his hatred for the Vice President and distance himself from any further terrorist activity. The season does have a few weaker moments, as side-stories involving Brody’s family fail to deliver on multiple occasions, but those sections aren’t what you sign up for when you start watching “Homeland”. You can forgive their follies when you consider the fact that this season again has a wonderfully tense, twisting finale, perfectly setting up any number of great possibilities for season three. It may not be quite as good as season one, but this is still a brilliant twelve hours of television and is right up there with the best of espionage and special operative shows like “24” and “Spooks”.

Season three of “Homeland” is arguably the weakest of the three seasons, which as you can see, sets a concerning trend for what is to come. However, that is not to say that it is a ‘bad’ series of television, in fact, it’s quite the opposite. I really enjoyed the season as a whole, I just felt that it needed some overarching theme tying it all together, as the first three and last three episodes felt disjointed and apart from the rest of the series.

Unlike the first two seasons which focus heavily on Brody, this one uses him sparingly until the end, most likely preparing the audience for a “Homeland” which omits him entirely. I felt that when Brody was on screen things picked up and became a lot more interesting, but Saul (Mandy Patinkin) and Carrie are still compelling in the season and I am interested to see where their characters go this time around. Season three of “Homeland” continued the tradition of creating a compelling final episode, as we finally see the revolting demise of Brody, something which really left a bitter taste in my mouth. Overall it was a fascinating way to take the series forward and I think that what is to come will have a very different feel to it as a result.

My expectations for season four were initially that we would see Carrie as we saw her at the very start of “Homeland”, acquiring assets in the Middle East and attempting to handle difficult Iranian and Iraqi targets. The opening episodes of season four have cast doubt upon those expectations, as (SPOILER ALERT) Carrie has been recalled by Director Andrew Lockhart (Tracy Letts), following a certain overseas fiasco, which was seen in the first episode. Nevertheless, it looks as though Carrie has more than a few tricks up her sleeve, so she could be back to Islamabad by episode three.

I’m hoping that there won’t be too much attention placed on Carrie’s child, as I don’t want this show to delve into the soap-opera like silliness of other long running television programmes in recent times, such as “True Blood”, and I feel that there is a lot we still have to learn about Carrie apart from her new found responsibilities in motherhood. Furthermore, the scenes in episode two (in which it is clear that Carrie really doesn’t want to be a mother) made me feel quite uncomfortable, and I can’t see myself actually enjoying this kind of storyline.

Episode one of season four, entitled “The Drone Queen” was an interesting first glance into what we can expect in future, and it kept the same brutal tone that served its predecessors so well. (SPOILER ALERT) In this episode, Carrie is a CIA station chief based in a hostile Afghanistan; she receives information via Pakistan station chief Sandy Bachman (Corey Stoll) relating to the whereabouts of Haissam Haqqani, a high-priority target, and proceeds to authorise an airstrike on his location. It seems as though Carrie and her team have achieved a victory for their cause, as the strike is said to have successfully eliminated Haqqani, however, as the episode goes on Carrie’s decision is called into question, as the collateral damage caused by the strike generates outrage on both sides. It’s an interesting dynamic and I feel as though the backlash will be extremely satisfying.

The episode itself was slightly slow for a season opener, but that isn’t a huge problem, as it was still able to provide the basis for a potentially exciting story, and introduced us to one or two new characters who seem as though they could have an important role to play in future episodes. It will be fascinating to see what the writers have in store for us with Suraj Sharma’s storyline in this season, as his character Aayan Ibrahim could take a few different paths, and in my mind they are all potential winners. His character is intelligent and seems to have a moral compass, but he is also angry and grieving a loss brought on by the CIA, so he could be an asset or an enemy at this point.

(SPOILER ALERT) In episode two, “Trylon and Perisphere”, Aayan attempts to hide certain chemicals in a friend’s house, which screams of suspicion, so I am hoping that he will become one of the series antagonists, because his descent into villainy following his family’s death would no doubt be seriously entertaining. I could definitely see this happening, as he is on the recording from the wedding at which Haqqani was killed, so the CIA will want to bring him in, and if they mistreat him that could send him over the edge.

I was slightly disappointed by what happened to Corey Stoll’s character at the end of the episode one, as although it was a great scene, and I loved the viciousness on display, (SPOILER ALERT) I would’ve liked to see a lot more of him. I think he’s a great actor and he was fantastic in “House of Cards”, so the fact that he appeared on the trailer made me quite excited, and I was hopeful that he would replace Brody as an important new character. Sadly, it seems I was mistaken, and the fact that he was used when advertising the season is slightly frustrating and quite deceptive in my opinion.

Episode two was an interesting look into Carrie’s mental state and her relationship with her child, but apart from that there was little of note going on. Quinn (Rupert Friend) was given more screen time than usual, and I am a fan of his character, but his inclusion in this episode didn’t really pay off and we didn’t learn anything about his character that we didn’t already know. He has seemed disillusioned with his job for a while and this is all that his arc in this episode tried to establish, so again, not a lot was actually happening. I wouldn’t say that there was a lot wrong with the episode in terms of performances or anything else, but nothing significant happened so it felt a bit like a non-starter.

I feel that the season as a whole has the potential to be fantastic, and I have complete trust in the writers following the excellent seasons which have come before, so I believe that the show will continue to evolve. We now have a much clearer picture of what life without Brody will be like, and it looks pretty promising. There are multiple returning characters and a couple of new additions to the cast, all of which will hopefully make this season the best yet. I think it’s a shame that Brody’s family possibly won’t get much, if any, attention this time around, because their reaction to his death is something I am personally very interested in, but if the show wants to move forward they will probably have to take a backseat.

All in all this first foray into a new look “Homeland” was a good start to what I believe will be an excellent season. The tone has been established, as well as the conflict which will most likely take up at the least the first few episodes of season four. The new characters that have been introduced don’t feel out of place and I feel that the quality of their acting will be demonstrated as the story progresses, particularly in the case of Suraj Sharma, who was fantastic in “Life of Pi”. Although both episodes one and two were quite slow, they did their jobs more than adequately, laying the framework for the rest of the season and bringing the audience up to date with where the characters are at; as usual, there is very little to criticise.