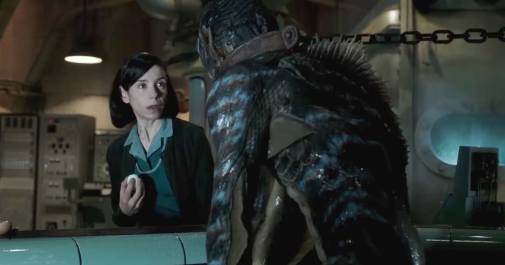 Guillermo Del Toro’s latest monster masterpiece, “The Shape of Water”, tells the story of a mute woman working on a secret military base who makes an emotional connection with an amphibious creature.

This is a suitably bizarre synopsis for a movie which tackles human problems such as love and individuality, and there’s nobody better equipped than Del Toro to tell such a curious tale.

From the moment this film starts to the second that it ends Del Toro creates a visual feast, with creature design and make-up which is second to none. The world, whilst confined to just a few locations, feels lived-in and the characters are relatable despite their exaggerated natures.

At a Screen Talk after the film Del Toro explained that he wanted to create a love story in which a woman falling in love with a creature was ‘just a fact’, rather than the point of the narrative. He recalled that as a child he couldn’t understand why the creature from the Black Lagoon didn’t end up with the damsel, and he stated that films such as “Beauty and the Beast” are flawed because change shouldn’t be required to facilitate love.

‘Love, like water, has no shape’, he explained, and this is the essence of his latest monster movie.

Overall, “The Shape of Water” is a life-affirming film which tackles familiar themes such as the ability of love to conquer all things, but it does so in a refreshingly abstract way. Del Toro uses fantasy to tackle human stories and by doing so he’s able to make unique movies – “The Shape of Water” is no exception and whilst it isn’t perfect it’s held together by a number of powerful performances, a wonderful message, and accomplished cinematography. 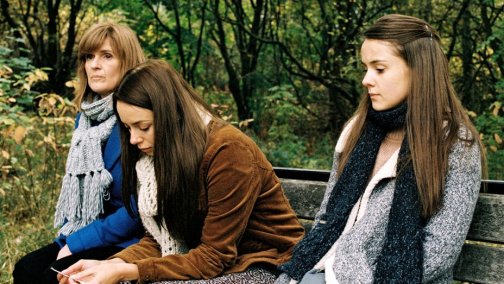 “Apostasy” stars British actors Siobhan Finneran, Sacha Parkinson and Jessica Baglow as a family of Jehovah’s Witnesses struggling to cope with adversity whilst maintaining their religious lifestyle. It’s directed by ex-Witness Daniel Kokotajlo and competed in the First Features Competition at the 2017 BFI London Film Festival.

The first thing to say about this film is that whilst it challenges our common sense understanding of human behaviour it doesn’t pick a side. If a committed Jehovah’s Witness watched this film they would likely find its exploration of their organisation to be unfair and inaccurate, but to mainstream secular viewers the portrayal of the group may seem rather kind.

This is intended in a sense as Kokotajlo didn’t try to make a film which denounced the Witnesses or their way of life. Rather, he wanted to articulate some of the problems that he has with their practices and explore scenarios which he’d considered whilst being part of the system.

In a Q&A after the screening, Kokotajlo explained that “Apostasy” considers the cognitive dissonance between the way that the Witnesses see the world and how an everyday person understands reality, forcing the audience to enter the protagonist’s perspective and attempt to comprehend why a family might ostracise their loved one in this life in order to save them in the next. 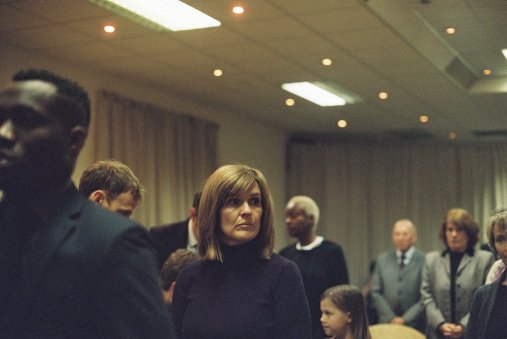 Kokotajlo has had 15 years to think about this film since leaving the Witnesses and that time has provided him with a balanced perspective on the group and their practices. The movie which has been born from this period of reflection is nothing short of fantastic and every decision works, whether it be the close-up camerawork which is intended to detach the characters from their backgrounds, (just as they are detached from the physical world and only think about ‘the new system’), or the way in which many characters demonstrate the duplicity of a religion which is simultaneously well-meaning whilst also being antagonistic to outsiders.

Overall, “Apostasy” is a thoughtful and surprisingly poignant film from an exciting director.

“The Florida Project” is the latest film from director Sean Baker, starring Willem Dafoe as a hotel manager and Bria Vinai as Halley, one of his most challenging tenants.

The stars of the film are the child actors, Brooklynn Prince (Moonee) and Valeria Cotto (Jancey), who turn The Magic Castle into their playground and bring joy to a bleak narrative. 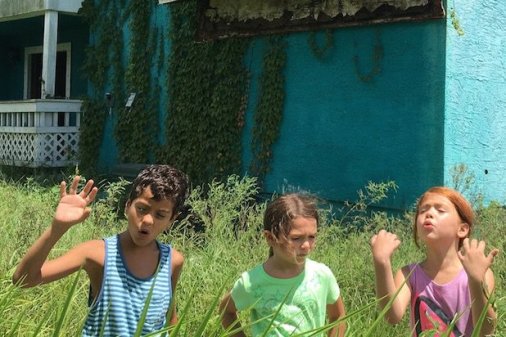 The first act focuses on the children and their mischievous exploits at the hotel; they spit on cars and hassle residents, making the most of their surroundings whilst their parents stay inside and struggle to make rent. These opening scenes are hilarious and heart-warming and the children’s mannerisms feel completely natural, but there’s always a sense that something is about to go wrong as tension builds in the background.

As the film progresses Halley’s situation becomes unmanageable and it’s obvious by the third act that she can’t provide for her child. This makes scenes in which the children venture off on their own feel suddenly disconcerting and brings a sense of urgency to what could’ve been a meandering narrative. Baker pulls this tonal shift off perfectly, allowing it to creep up on you slowly before abruptly injecting dread into what is an otherwise colourful and joyous experience.

“The Florida Project” is a great film and one of the best that I saw at the London Film Festival. The direction is fantastic and the performances that Baker is able to get out of the child actors are exceptional. By juxtaposing the world that the children make for themselves with the altogether less wondrous one that their parents live in, Baker creates a poignant and at times beautiful film which packs an emotive punch.

“Stronger” is directed by David Gordon Green and stars Jake Gyllenhaal as Jeff Bauman, a man who lost his legs during the Boston Marathon bombing in 2013.

This film is as much about acceptance, overcoming adversity, and taking ownership of your responsibilities as it is about Jeff’s recovery from a life-changing injury, and Green does well to frame the entire movie around these themes.

At the start of “Stronger” Jeff is a funny, likeable, care-free man chasing a girl he’s been dating on-and-off for a prolonged period of time. Immediately the idea that Jeff doesn’t show up is planted in the audience’s mind as Erin (played by Tatiana Maslany) cites this as one of the reasons why she recently broke up with him, and it’s this character trait which sparks the conflict of the movie into motion.

In this film just as in real life Jeff goes to the Boston Marathon to cheer Erin on, attempting to displace the aforementioned idea that he isn’t reliable and therefore isn’t a good choice of partner. In doing so his life is altered dramatically as not only does he lose his legs but he also identifies one of the bombers from memory and becomes a local hero in the process. 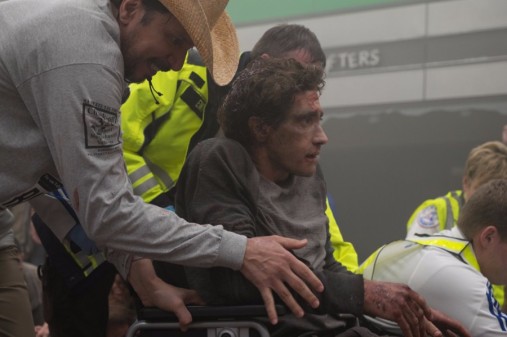 This movie works on a number of levels – in one sense it’s a film about coping with a horrific injury and the trauma that comes with that, but in another it’s a story about handling celebrity whilst struggling to keep a stable personal life. It’s a very complex and emotionally affecting drama which is made all the more powerful by two immaculate lead performances from Gyllenhaal and Maslany.

The love story between Jeff and Erin is the thread that ties the film together and it’s worth saying that Maslany is perfect as Erin. Erin is devoted to Jeff throughout the film and loves him sincerely, but before the accident she was tired of putting up with his lack of dependability and although Jeff’s injuries create an obligation for her she’s strong enough to do what’s right for herself regardless of the situation that she’s in.

She’s a very well-realised and relatable character and she certainly isn’t a plot device in this movie. She doesn’t feel as though she’s there to act as a pawn in Jeff’s story and if anything this is as much a film about her as it is about him – as she points out in the movie Jeff’s injury didn’t just happen to him, it happened to all the people that love him and are there for him every day.

To summarise, “Stronger” is a wonderful movie about a painful event in our recent history and a family’s struggle to recover from something that they never could’ve expected. It tackles its subject matter with care and within the ugliness there’s plenty of joy to be found. The visuals are harrowing, the performances are fantastic, and from start to finish I was emotionally invested in what was happening.