Best Films of 2017, Bright, Cinema, Downsizing, Film, Film Blog, Get Out, La La Land, Logan, Manchester by the Sea, Moonlight, Movies, War for the Planet of the Apes, Worst Films of 2017

Previously I have written articles disclosing my favourite films of the year. I started this blog in 2014, so naturally there are lists on the site for 2014, 2015 and 2016. I enjoyed writing these pieces because they let me express my taste in film but they were also very time consuming – after all, I essentially re-review every film I mention – so I’ve decided to go for a change of tactics this time around.

Rather than comprehensively explaining why I loved 10-15 films from 2017 I have decided to post a list of the 86 films that I saw last year (by which I mean films which had a UK release in 2017 either in cinemas or via streaming services). In my view this inspires debate and ensures that I’m not repeating information that I’ve covered in reviews on this blog or on the two other sites that I write for.

If you want to read my thoughts on some of the best/worst films of last year then you can find them here – http://www.thenerdx.com/top-15-films-of-2017-part-1/, https://vampiresquid.co.uk/11-best-horror-films-of-2017/, https://vampiresquid.co.uk/7-biggest-horror-movie-let-downs-of-2017/ – but please be aware that the semantics of those lists account for why I ordered some films differently to how I’ve ordered them here.

This list is ordered by how much I enjoyed a film rather than which film is the best, although for the benefit of clarity I have added headers to say which films I think are bad, average, good and great. This is to ensure that my placing certain films towards the middle of the list doesn’t lead people to think that I didn’t enjoy them.

76. WAR FOR THE PLANET OF THE APES

53. THE KILLING OF A SACRED DEER

38. JUMANJI: WELCOME TO THE JUNGLE

33. YOU WERE NEVER REALLY HERE 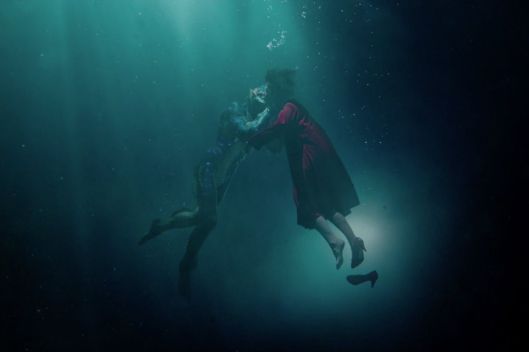 2. MANCHESTER BY THE SEA

“La La Land” is Damien Chazelle’s follow up to the Oscar-nominated “Whiplash”; both films are about ambition, desire, conflict, and the ache to succeed, and both (in my opinion) are exceptional. However, where “La La Land” sets itself apart is in its ability not only to demonstrate how desire can be corrosive, but also how it can unite like-minded people.

“Whiplash” portrays ambition as a volatile and destructive force in a person’s life, whereas “La La Land” depicts it as something which can bring people together. It’s a film which by its very nature is larger-than-life; dance numbers and lovesick melodies break out at will, all the characters are sickeningly beautiful, and everything is drenched in either sunshine or twinkling starlight. Yet, at the same time, the struggle that we all face on a daily basis for love, success, and validation is portrayed with a heart-breaking sense of realism.

It’s about the passion that an artist has not only to achieve their dreams, but more importantly to equal their expectations for what they should be, and this secondary motivation is what makes the film work. At around the halfway point, Sebastian (played by Ryan Gosling) has resolved to put his dreams on hold and to replace them with his girlfriend’s because this is what he thinks she wants. However, all this does is disappoint her. It causes friction between them because the thing that brought them together has begun to play second fiddle to compromise and keeping their relationship alive. This is the conflict of the film, and it’s one which plays out on screen with just enough subtlety to allow the film to function both as a popcorn flick and as a critic’s dream. 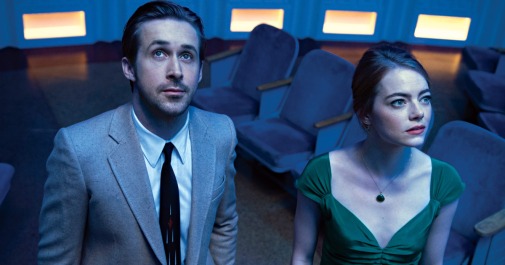 Emma Stone and Ryan Gosling are both that ‘person in the crowd’ that takes the other where they want to go, but their relationship isn’t the end goal. Their life together gives them everything that they want – one believes in the other and vice versa – but it also slowly destroys what they loved the most about each other. To give away where this conflict takes them would be to spoil the film, but it’s safe to say that the film’s climax is what truly makes it great. It ties everything together perfectly, and leaves you with a smile on your face but a tear in your eye.

In summary, “La La Land” is shot, directed, and performed impeccably. Whilst it’s most easily described as a musical, it’s so much more than that. The music is great and the production gives the whole thing a playful feel which keeps the tone light, but this film would work even without the glitz and the glamour that its genre provides. It’s a powerful film delivered brilliantly by a very talented director, and the lead performances from Stone and Gosling are exceptional.