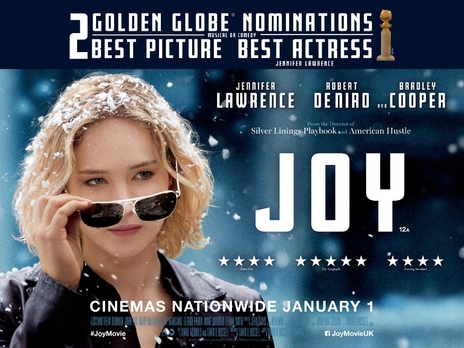 Before seeing “Joy” I was cautiously optimistic; David O. Russell has a decent track record, and the last time he worked with Jennifer Lawrence, Robert Di Nero, and Bradley Cooper, he received critical acclaim. However, after sitting through a tepid first half an hour, any optimism I had about the quality of “Joy” dissipated, and things only got worse from there.

The film is about the titular character as she attempts to make the most out of her life and let her creativity shine. She’s a determined young woman with big dreams, and she’s willing to risk a lot of money to make her creation, the miracle mop, a success. The core of the film is Joy’s creation of this mop, and her subsequent effort to sell it to the American public. It might sound like a dull premise, but I could definitely see what the filmmakers were going for, and I think that within the bones of this movie there was an interesting story that could’ve been told. 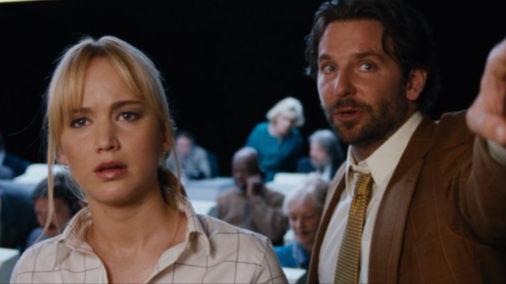 However, for me “Joy” falters because it attempts to present its story in a quirky and surreal way, when in fact the appeal of it is the very real human side of things. The film starts like a soap opera, and this is very intentional, but it doesn’t really work. Joy is a woman who has faced a lot of adversity yet still makes the most of every day and tries to make the best of her potential, and she also looks after and loves her family – she’s an exceptional person who keeps getting knocked back, which is what makes the story actually worth telling. This movie touches on Joy’s personality, but there’s never really that heart-warming moment where all her efforts feel worthwhile and appreciated.

The best thing about “Joy” is by far Jennifer Lawrence. She portrays Joy as a loving and determined person who wants to do what’s best for both herself and her family, and obviously that makes you like her. This is so important in a movie like this, because if you don’t like Joy then there’s really no way you could ever get invested in the events that take place on screen. Lawrence brings a sense of purpose and certainty to her character in the first half of the film, which makes the latter half that much more satisfying as Joy’s hopes are repeatedly dashed, re-realised, and dashed again. Lawrence is a genuinely talented and versatile actress, and she elevates this film to a level which the writing and direction don’t really deserve.

All in all, “Joy” is not an exceptional movie, despite what some critics would have you believe. I actually found it really hard to review, because beyond Jennifer Lawrence’s performance there’s very little worth talking about. There’s a message of hard work paying off, not accepting your circumstances, and never giving up at the heart of this film, but I can’t pretend that it hit me in any meaningful way; it might’ve done had “Joy” been executed more carefully, but for me it was hard to take anything that was happening seriously given the tone that was set at the start of the film, and also because Joy’s actions could’ve just as easily led to poverty as they did to success.