“The Big Sick” is a romantic comedy produced by Judd Apatow (“The 40-Year-Old Virgin”) and co-written by Emily V. Gordon (writer for “The Carmichael Show”) and Kumail Nanjiani (“Silicon Valley”). The film loosely tells the real-life story of how Gordon and Nanjiani met and fell in love – with Nanjiani playing a version of himself – and the title refers to an illness which left Emily (played by Zoe Kazan) in a coma after a rocky spell in the pair’s relationship.

“The Big Sick” could’ve easily been another average comedy destined for the bargain bin but honest performances and a strong script elevate it to a level which is rarely achieved in the genre. The fact that the story was close to the hearts of both Nanjiani and Gordon undoubtedly helped on this front as there’s a sincerity to Nanjiani’s performance and also to the script. In the film none of the characters are perfect but they’re all decidedly human and their mistakes stem from intentions that we can all relate to and understand which in turn makes them extremely likeable.

Kumail and Emily are a couple that you can invest in and you can understand their motivations enough to route for them. The performances of Nanjiani and Kazan go a long way to achieving this because they seem to have genuine chemistry on screen and their relationship doesn’t feel forced or contrived. The first half of the film belongs to Kazan and you’re always on Emily’s side from the moment that she’s introduced, but she’s in a coma for most of the second half which allows Nanjiani to come into his own.

Narratively this film doesn’t shock or surprise you but you’re always worried that it will. You want the stars to align for Kumail and Emily and you’re concerned by every moment of adversity that they face. The likeability of both characters creates tension without the need to take the story to a place that feels unrealistic or manufactured which in itself makes the film better than most romantic comedies.

What I enjoyed most about this film was that it didn’t overdo anything, because there are plenty of opportunities to focus too heavily on Nanjiani’s Pakistani roots or his stand-up comedy. We do get a flavour of both of these things and they’re important to the film’s narrative, but they’re there to service Nanjiani as a character and they aren’t overwhelming.

The only issue that I had with “The Big Sick” was that the ending was slightly predictable. I completely understand and accept this because at the end of the day the reality of the story has to shine through, but part of me would’ve preferred a “La La Land” style ending rather than the traditional one that the writers went for. The ending still worked but I left the theatre wondering what could’ve been if the film wasn’t beholden to what happened in the real world. 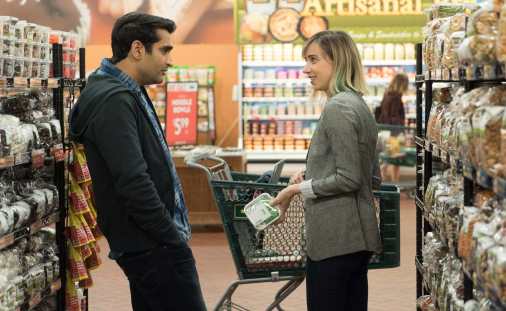 It’s hard to talk excessively about “The Big Sick” because there’s nothing to focus on narratively that sets it apart from any other rom-com. However, the performances make the characters incredibly loveable and because of this you find yourself enjoying the experience and caring about what happens to them. The script is solid and the jokes hit most of the time which makes for an entertaining movie. I can’t fault any particular aspect of the film because for me there was nothing wrong with it that could’ve been fixed without ruining what made it great. I’ve mentioned that the story is predictable but it’s based on Nanjiani and Gordon’s real-life experiences and it’s the honesty that stems from this which makes the film exceptional, so to change it would be nonsensical. The fact that it’s a rom-com which doesn’t break the mould makes it difficult for me to give it a perfect score, and it isn’t my favourite film of the year, but it’s about as good as it possibly could’ve been.